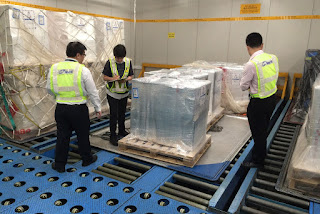 Hactl has completed its World Health Organization (WHO) Good Distribution Practices (GDP) audit, with no non-compliances or observations.
It is the third successive year in which Hactl has passed the audit with a perfect score.
Hactl was the first cargo handler in Hong Kong to attain WHO GDP accreditation; the initial and subsequent audits have been conducted by leading independent global standards auditor SGS.
The WHO GDP audit once again included examination of Hactl’s staff competence, premises, equipment, processes, quality control system and hygiene standards.
It confirmed that Hactl’s entire cold chain management system continues to conform to its specified standards and those of the relevant GDP legislation and guidelines, and that the company continues to adhere to its stated policies, objectives and procedures.
UPS reaches tentative contract agreement with pilots. 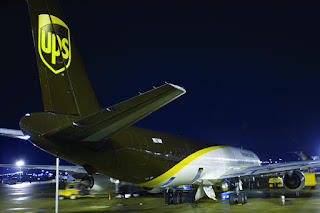 The Independent Pilots Association (IPA) and UPS Airlines have reached a tentative agreement on a new five-year labour contract for pilots, after four years of discussions.
UPS and IPA said the new agreement provides for improvements across all sections of the contract but added that specific details of the agreement will not be disclosed before the union presents the proposed contract to all UPS pilots.
The contract must be ratified by a majority of UPS’s 2,600 pilots. The vote by the pilots will be completed on August 31 and if ratified, the new contract will become effective from September.
“This tentative agreement has been unanimously approved and endorsed by both the IPA executive board and our negotiating committee. Over the next month we will present it to our members with an unqualified recommendation for ratification,” said IPA president Captain Robert Travis.
“This is an excellent offer and we are pleased to have reached this agreement,” said Brendan Canavan, UPS Airlines president.
“This contract rewards our crew members for their outstanding contributions and contains provisions that protect UPS’s ability to deliver competitive service to our global customers.”
The tentative agreement was signed yesterday by the IPA and UPS in the presence of Nicholas Geale, Chairman of the National Mediation Board (NMB).